Will Bloom is a labor and immigration attorney in Chicago. He is a member of the National Organization of Legal Service Workers, UAW Local 2320, and the Democratic Socialists of America.

Will Bloom is a labor and immigration attorney in Chicago. He is a member of the National Organization of Legal Service Workers, UAW Local 2320, and the Democratic Socialists of America.

Advocates and scholars agree that the labor movement is in dire straits: shrinking union density, fewer successful elections, Trump appointees to the NLRB, and proliferating state free-rider laws all threaten labor’s power.  Everyone knows that there’s a problem.  The disagreement, however, is in the nature of the problem—and consequently, how to solve it. 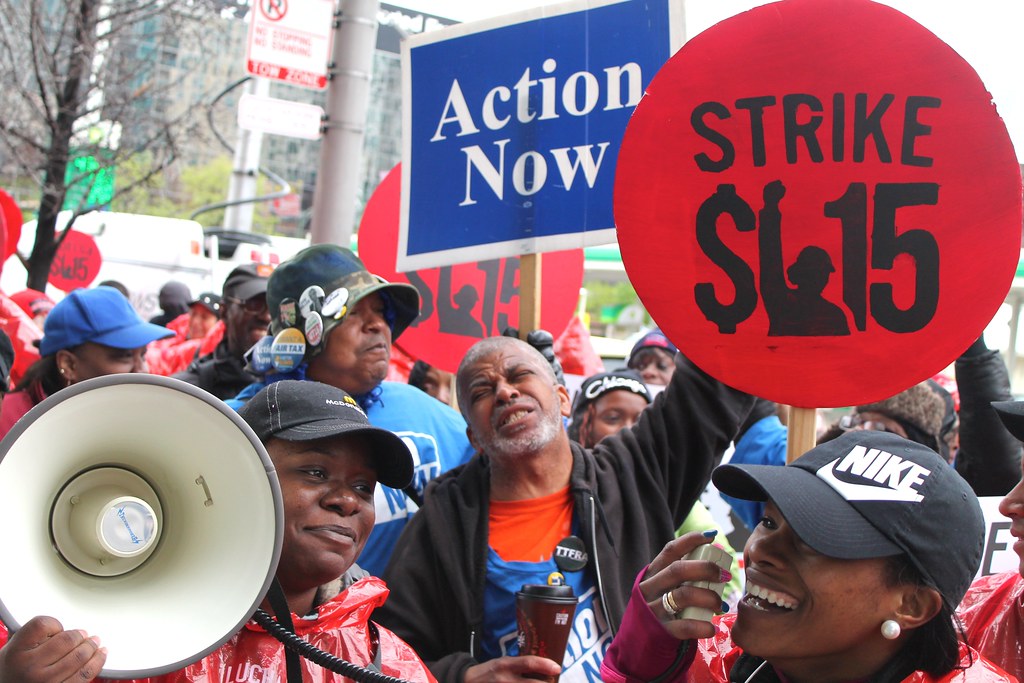 I submit that, when we think about legislative interventions aimed at revitalizing the labor movement, we have to change the question from “How do we make it easier for unions to win recognition?” to “How do we make it easier for workers to organize?” Policymakers have long felt more comfortable focusing on the former question, brainstorming ways to help workers obtain legal recognition from a government agency, the NLRB. What they find more difficult is developing policies that help workers actually build those particularized, complex social relationships that underlie organizing and enable collective action. But legislation can empower workers and organizers in the most direct possible way: paying them to organize.

Such a program of organizing subsidies would advance longstanding federal labor policy. Since the National Labor Relations Act of 1935 (NLRA) it has been the stated policy of the federal government to “encourag[e] the practice and procedure of collective bargaining” and to “protect[] the exercise by workers of full freedom of association, self-organization, and designation of representatives of their own choosing.” This policy encompasses two interrelated but distinct concepts: support for workers to collectively bargain with employers; and also support for the process of workers organizing themselves. Although often ignored and underappreciated, this second point still underlies many administrative and judicical interpretations of the NLRA, and is a necessary foundation of the NLRA’s regime.

Organizing itself is not a legal process, but a social one. However easy we make the processes of union recognition, the legal precursor to collective bargaining, advocates must first facilitate the person-to-person interactions that build real working class power.  Importantly, effective organizing is also a necessary condition for effective collective bargaining: without the broad-based power that comes from having an organized workplace, collective bargaining leads to contracts of dubious quality and limited enforceability. As the Supreme Court has said in Babcock & Wilcox, “The right of self-organization depends in some measure on the ability of employees to learn the advantages of self-organization from others.” Indeed, organizers are so important to effectuating the rights guaranteed by the NLRA that even private property rights, so sacrosanct in the American legal tradition, are somewhat checked by the need to let organizers talk to workers.

Unfortunately, recent labor law reform efforts have focused narrowly on the collective bargaining prong of the NLRA.  The most prominent proposal is the Employee Free Choice Act (EFCA), which would tie a union’s legal recognition from the NLRB to a simple majority sign-up, known as card check, making it much easier for workers to unionize and impose a legal duty to bargain on an employer. The EFCA would save workers from having to go through an arduous election process in which bosses have countless tools, legal and otherwise, to tip the scales (by and large, workers feel safer signing union cards outside the workplace than under the boss’s glare). But EFCA’s proposed intervention, though it would nominally swell the ranks of some unions, would do nothing to support the second and arguably more important feature of the NLRA: support for worker organizing.

Fortunately, the labor movement already has skilled organizers with extensive experience in building worker power. Organizers are typically union staff or rank-and-file union members from other workplaces. In most union organizing drives, organizers identify workers who are leaders in their workplace and want to build a union, train them in various organizing skills, and guide them through what is often a long, frightening, and difficult process.  Organizers help “map out” the existing networks of relationships among coworkers, along which organizing efforts naturally flow. Organizers coach workers through hard conversations and help them avoid the coercive, often illegal, tactics management frequently employs.

Today, the ability of organizers to impart these advantages to workers has been stretched ever thinner.  The iterative nature of labor organizing has long been one of its greatest strengths. A successful organizing campaign secures not only worker power, a recognized union, and a contract, it also creates a new set of organizers. Workers with no previous experience emerge from a fight for union recognition with solid training and skills based on first-hand experience.  These workers often take on the task of continuing to internally organize a union after formal recognition. This in turn allows staff from the initial union campaign to move on and organize new workplaces.  Sometimes rank-and-file workers join them, taking leaves of absence from their jobs to help organize other workplaces or joining union staff full-time.  The power of organizing has worked exponentially and created benefits beyond the confines of the labor movement as such: historically, workers used organizing skills learned in shop floor fights to further struggles centered outside the workplace in civil rights and anti-war social movements.

Yet the iterative nature of organizing,  once a benefit, has now become a curse.  Declining union density means there are fewer union shops where worker leaders can develop critical organizing skills. At the same time, fewer organizers are available to help build power in existing union workplaces and to assist the new efforts of non-union workers.  As unions have become weaker, they have been forced to focus resources on preservation rather than expansion. The mismatch between the supply of talented organizers and the needs of non-union workers who want to learn the benefits of self-organization will only grow as union density decreases.

This problem could be addressed by a relatively simple innovation in federal labor policy: government subsidization of labor organizing. Such an expenditure would directly further the federal government’s stated policy in favor of workers’ “self-organization” as established by the NLRA. The government could provide resources, material and informational, to workers.

The centerpiece of a plan to support organizing would be government grant-making.  Congress would appropriate some amount of money to be distributed for the purpose of organizing workers in furtherance of the NLRA’s stated policy.  The NLRB, or perhaps a newly created agency, would house a grantmaking board, consisting of organizers, labor historians, and economists, who could review applications for organizing projects and choose which to fund.  While such a board would primarily consider the merits of individual projects, it would also consider whether a given grant fills a need that wouldn’t otherwise be met. For example, the board might pay special attention to funding projects in regions of the country with low union density (such as the Sunbelt) and industries that are both low-density and fast-growing.  Grant proposals would be made by workers in these regions and industries who want help organizing but lack resources, as well as by unions, worker centers, and organizers who see an opportunity to put their talents to use.

An added benefit of such a program is that these seed grants would not create reliance.  As noted above, the iterative nature of union organizing means success breeds further success.  Not only do organizing campaigns create more organizers, successful campaigns usually involve workers deciding to dedicate some of their income (typically increased by improved pay) to union dues. These dues sustain existing organizing work and allow for new organizing without reliance on continued outside funding.

Further, subsidizing worker organizing would publicly recommit and amplify the longstanding policy statements of the NLRA, helping workers feel safe to exercise their statutory right to organize.  The right to engage in concerted activity means little when people are either unaware of statutory protection or don’t think the government will enforce the law when it’s violated by the boss.  When, during his 1936 presidential campaign, Franklin Roosevelt remarked “if I were a factory worker, I would join a union,” the UAW printed the quote on fliers and handed them out at factory gates, telling workers that the President wanted them to organize.  During the early NLRA era organizers talked frequently about how the government would have workers’ backs if they decided to organize. Historically, however, changing political and legal conditions have made workers feel less safe taking the risks associated with organizing. Demonstrating that the government not only encourages but funds organizing would reassure workers that their rights will be protected if they choose to exercise them.

Government subsidies for organizing may seem unlikely to be realized anytime soon.  But it is rooted in long-standing federal policy, and it provides a relatively simple solution to a difficult problem the federal government has never truly addressed. Subsidizing organizing could do more to grow worker power than any other government action since the passage of the NLRA. Perhaps its most important feature is that it focuses on the question everyone thinking about labor law should be trying to answer. Instead of working to ease the legal path to union recognition, policymakers should figure out how to get workers organized.